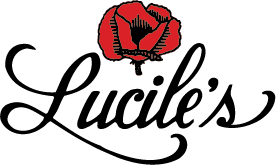 Lucile’s Restaurant was established in 1980, by myself and my mother, Lucile Richards. We developed a Creole menu shortly thereafter and shifted the restaurant’s goals to becoming the nation’s premier brunch restaurant. Lucile’s first chef received his training from the famous New Orleans restaurant, “Commanders Palace.” A breakfast and lunch restaurant serving a Creole theme had never been attempted before in Colorado. However, within a brief period, Lucile’s had made its mark with such unique meals as “Cajun Breakfast” (red beans, poached eggs, hollandaise and grits) and “Eggs New Orleans” (fried eggplant, poached eggs, creole spice and hollandaise).

Over the years, Chef Mickey Samuels has developed both the breakfast and lunch menus into culinary delights. His legacy continues to enrich the daily selections by using only the freshest produce, meat and seafood available each day.

It is under Chef Mickey’s culinary direction that Lucile’ s has received the following prestigious awards:
• “FIVE STAR REVIEW” – The Boulder Daily Camera
• “BEST CREOLE RESTAURANT” – Westword Magazine
• “BEST BREAKFAST IN BOULDER” – The Boulder Daily Camera
• “BEST BREAKFAST/BRUNCH” – Boulder Weekly Magazine
We have also been honored by having a song entitled “Breakfast at Lucile’s,” written and performed by our frequent customers, “The Little Women Band.”

Lucile’s expanded by opening a second restaurant in January of 1996, located in Fort Collins, Colorado. The Fort Collins restaurant is run day to day by Tony Hanks, a born and bred Creole from Louisiana. Longmont Colorado came just one year after the Fort Collins location, the Denver restaurant opened in 2005. We then opened our East Evans location in 2016. The future for Lucile’s is to open new locations across the United States using the same formulas that have worked so well in Boulder, Fort Collins, Longmont.

In addition, we have developed our own food products and signature items. We create and sell our own Creole seasonings; we use only Chef Mickey’s homemade jam, we are well known for our private blend of “Lucile’s Coffee” and we have established an excellent catering service.

Lucile’s has made a commitment to be at the forefront and cutting edge of breakfast and lunch cuisine, offering our high standards and consistent and efficient service.